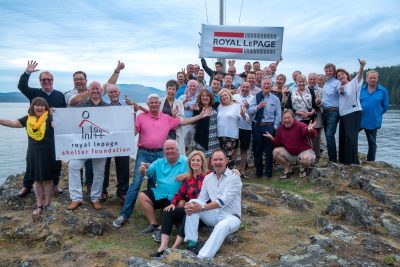 The Royal LePage Shelter Foundation has announced that more than $3 million was raised in 2019 in support of women’s shelters and domestic violence prevention and education. Since 1998, the foundation has raised more than $33 million for this important cause.
“2019 was an exceptional year for the Royal LePage Shelter Foundation,” said executive director, Shanan Spencer-Brown. “Our very successful ‘Sahara Desert Challenge for Shelter’ campaign along with the ongoing generosity of our Commission Donors, fundraising event organizers and other supporters will allow us to help more than 50,000 women and children seeking safety from domestic violence in communities across Canada.”
Royal LePage is the only Canadian real estate company with its own branded charity. Royal LePage agents from across Canada make donations from their commissions and agents, brokers and employees organize fundraising events. Because Royal LePage Canada covers the administrative costs of the Foundation, 100% of all donations go to help families lead safer, happier and more hopeful lives.