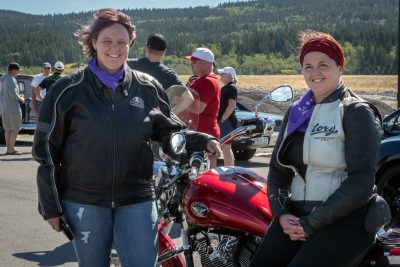 Royal LePage professionals in Cochrane, AB, recently helped raise over $10,000 for the Royal LePage Shelter Foundation via two fundraising events. ‘Ride 4 Her’ kicked off the fundraising in June and saw motorcycle enthusiasts gather for a socially-distanced ride, collecting donations from the community as part of their participation. ‘Cruz 4 her’ followed in August and featured a parade of classic cars driving a predetermined route, with drivers also making donations towards the cause.
100% of donations will be directed to local women’s shelter, Big Hill Haven. The Royal LePage Shelter Foundation extends their thanks to organizers and local champions, Ken Morris and Debbie Leah with Royal LePage Benchmark.