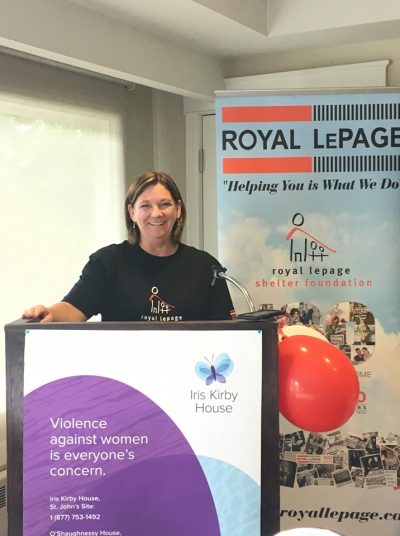 The Royal LePage Shelter Foundation was the recipient of $9,786 raised at the 2019 Chip for Charity Golf Tournament hosted by Royal LePage Atlantic Homestead in St. John’s, NL.100 per cent of the tournament proceeds were directed to local women’s shelter, Iris Kirby House.
More than 100 Royal LePage REALTORS®, business partners and family members participated in the annual tournament held at Bally Haly Golf and Country Club.
The tournament began with a wine tasting during registration and as players navigated the course, there were special games and contests at each hole. The evening wrapped up with a live auction during a banquet dinner.
“None of this would be possible without the support of our broker/owners Nick Vinicombe and Craig Blanchard, our incredible team of volunteers, and our generous supporters,” said lead organizer, Karen Newman. “It was especially impactful to have Michelle Green, executive director of Iris Kirby House, join us and give such a moving speech on the issue of violence against women and how our support is making a difference.”
Special thanks as well go out to Jill Osmond for her help with event decorations and to Chive Jensen, for her volunteerism and for donating the flat screen television she won in the putting contest to Iris Kirby House. 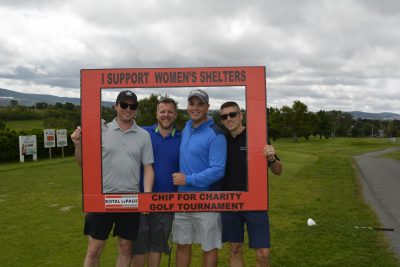 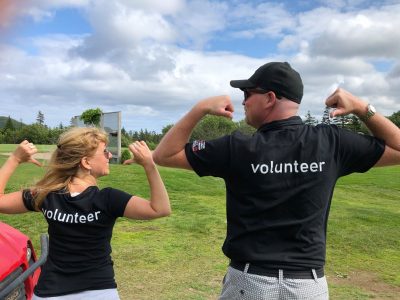 Royal LePage Atlantic Homestead ‘Chip for Charity’ Golf Tournament is possible because of the support of volunteers. Pictured are Gillian Hickman and Chad Andersen-Agostino.