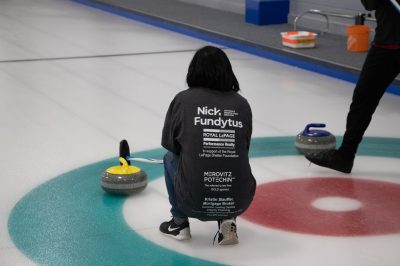 Lining up a shot at the ‘Charity Bonspiel for Shelter’ in Ottawa, ON

Nick Fundytus, who is with Royal LePage Performance Realty in Ottawa, raised $3,500 at his Charity Bonspiel held in support of the Royal LePage Shelter Foundation. 100% of proceeds were directed to Ottawa women’s shelter, Nelson House.
Sixty curlers on 12 teams participated in the fun and friendly tournament and raised additional funds through a silent auction, 50/50 draw and donations. The event was held on February 29, 2020.
“Our women’s shelter is such an important part of our community, and I’m proud to support them through this tournament and regular donations from my commissions,” said Fundytus. “Domestic violence is something that’s often hidden to us, disproportionately affecting women and children. I’m extremely grateful for the work the Royal LePage Shelter Foundation does to help those affected and I’ll continue to support them in their work in any way I can.” 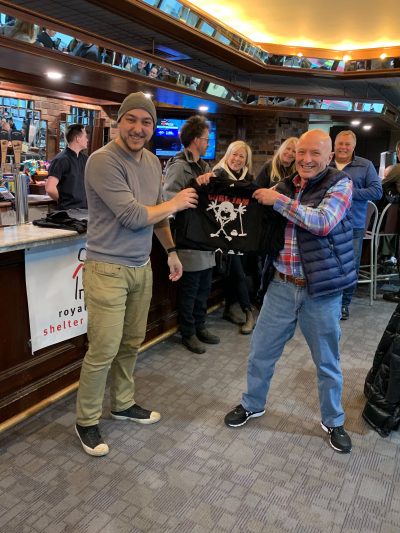 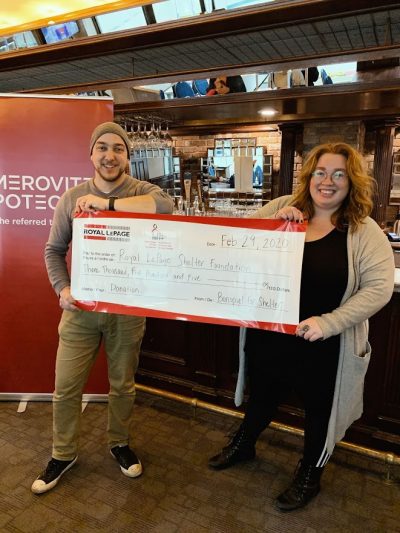