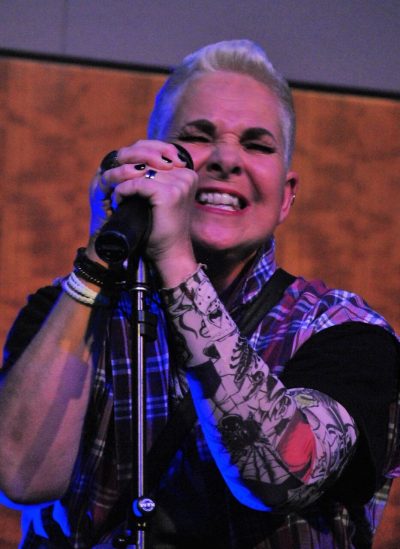 Kiki Smith performs as ‘Pink’ during her first song of the night at the 3rd annual Lip Sync Battle in support of the Royal LePage Shelter Foundation. Smith went on to become the evening’s grand prize winner!

The third annual “Lip Sync Battle” hosted by Amy Layton of Royal LePage NRC Realty in Niagara Falls, Ontario brought in $6,400 for the Royal LePage Shelter Foundation. 100 per cent of proceeds were directed to Women’s Place of South Niagara, an organization that provides support services and shelter to women and children experiencing abuse.
120 guests enjoyed the event, during which eight volunteer performers competed against each other in “battles” of two, over three rounds, with winners of each battle determined by audience applause.
“It was so close after the final performances that our emcee asked the audience three times to clap for their champion,” said Layton. “He then tried to encourage a representative from Women’s Place of South Niagara to make the decision and she was happily unwilling to take on that responsibility!”
This event has now raised $13,200 since its inception in 2016. “I feel honored that this event is now in its third year and continuing to raise funds and awareness for our local shelter,” said Layton. “I’m a firm believer that we need to support our neighbours wherever it is that we live and work. It’s important to be there for each other and not be afraid to do something in your community where you see a need.” 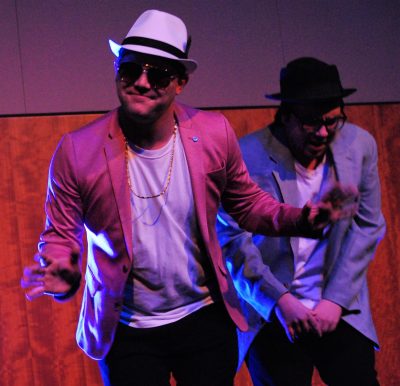