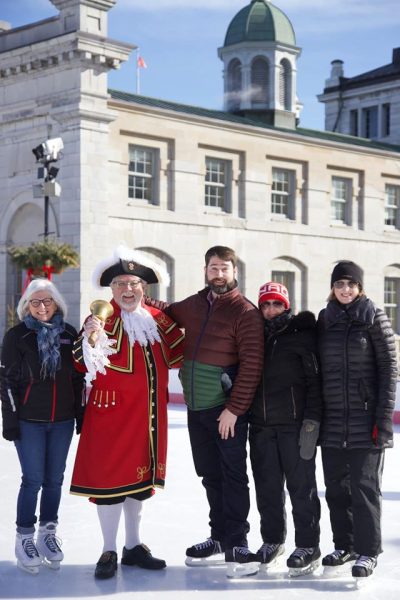 When Jerry Aulenbach from Royal LePage Noralta Real Estate in Edmonton, AB set out on his 5th annual ‘Beards on Ice’ skating tour, he was determined to make this year’s event his most successful to date.
Over nine weeks, beginning in December 2019, Aulenbach achieved his goal, travelling to 20 Canadian cities to host a skating party and collecting over $15,000 along the way for the Royal LePage Shelter Foundation. In five years, the popular wintertime event has now raised over $42,000 to fund domestic violence prevention programs in communities across Canada.
“I’m really proud to have completed my 5th annual ‘Beards on Ice’ tour,” said Aulenbach. “It requires an exceptional amount of planning, flights and driving, but it’s so energizing to meet with other likeminded Royal LePagers who love supporting our Royal LePage Shelter Foundation. Watching the donations roll in as I go from city-to-city never gets old!”
Aulenbach is already planning his 6th annual event.
The Royal LePage Shelter Foundation is Canada’s only public foundation dedicated exclusively to funding emergency women’s shelters and domestic violence prevention programs. Through agent commission donations and fundraising events like ‘Beards on Ice,’ Royal LePage professionals have raised over $33 million for the cause. 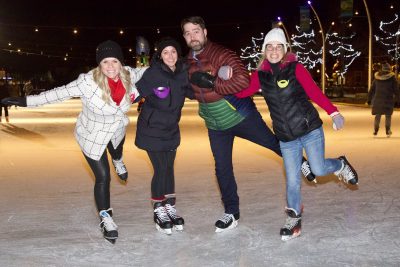 Perfecting their technique at ‘Beards on Ice’ in Kelowna, BC are, from L-R: Crista MacDermott, Kim Holmes, Jerry Aulenbach and Heather Lee. 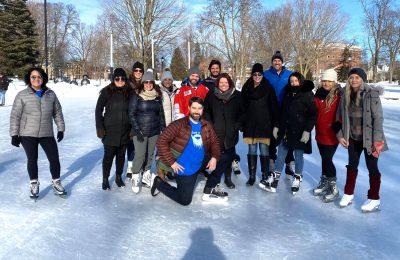 Skaters gather on a cold and sunny afternoon for ‘Beards on Ice’ in London, ON.