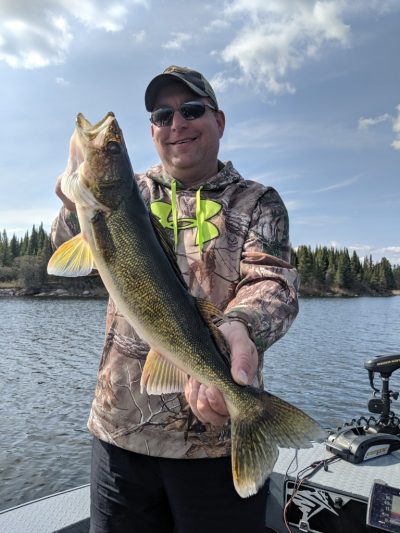 Stuart Berenhaut, broker/owner of Royal LePage Dynamic Real Estate in Winnipeg, MB shows off his catch at the ‘Fish for Shelter’ fundraiser in support of the Royal LePage Shelter Foundation