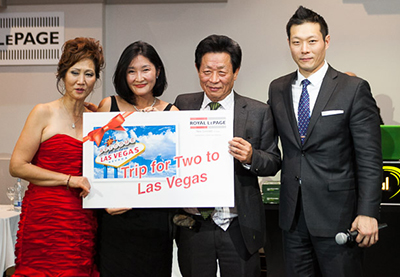 At their annual holiday party, a number of exciting draws were held, including a grand prize trip to Las Vegas. After a generous company match, $2,000 in proceeds from the draws were donated to the Royal LePage Shelter Foundation.